Originally published in The Stand or Fall Issue on July 13, 2019.

People gathered in protest at the steps of the state capitol at 11:30 a.m. on this ratchet hot day on the brink of summer in Atlanta. The top of the steps were barricaded by the G.B.A. with mostly white cops towering over the crowd, unwavering, seemingly disassociated from the spirit of protest reveling below them. I couldn’t help but recall the story of a white man who was allowed to freely exercise his freedom of speech at the top of those steps, unbarricaded with no uniformed officers present, armed with his chosen medium of a speaker and hateful slurs just a week or so prior.

The people here didn’t seem distracted, burying their faces in cell phones, presumably tagging themselves on social media as if to passively show off their activism. Instead they were actively present, emboldened with handmade signs to carry through today’s march in protest to HB 481. Georgia’s “Heartbeat Bill” was just one of nine abortion bans passed by state legislatures in a grander scheme plotted in hopes of overturning 1973 Supreme Court decision Roe v. Wade.

Feeling older than most of the people there, quickly approaching 30 years old, I reluctantly noticed the crowd was what I suppose I could subscribe to as “young people.” This is Gen Z, rising to the challenges left before them, particularly by us Millennials who carry the heavy and shameful badges of “entitled” and “lacking empathy.”

The march was organized by students India Sayers and Molly Weston in just nine days under the name “#DoBetterGA.” Speakers ranged from Liliana Bakhtiari of Planned Parenthood, to Frances Fisher on behalf of the film industry in Georgia, to Wanda Mosley of Black Voters Matter, to Leslie Palomino, the legislative aide to Rep. Brenda López Romero (the first Latina elected to the Georgia General Assembly who is now in the running to become the first Hispanic member of Georgia’s Congressional Delegation).

Men were there as allies, sporting signs that proclaimed, “What She Said!” and “My Daughter, Her Body, Her Rights,” et cetera. Women dressed in “The Handmaid’s Tale” attire were scattered like little blips of red throughout the crowd that was mostly women, but a spectrum of women: Latino, black, Asian, white. Sources later confirmed the #DoBetterGA march drew a crowd of about 10,000 participants. A number higher than the organizers anticipated, but a resonating reflection of the abortion bans’ unpopularity and people’s energy funneling in the resistance.

I worked my way through the crowd to the front, standing in a circle amidst other reporters and photographers. In between chants of “I believe that we will win!” and the more teen-spirited “Brian Kemp sucks!” (perhaps a little more age-revealing of the protest’s demographic), Kwajelyn Jackson, executive director of the Feminist Women’s Health Center, took her stance on the speakers’ step-stool, megaphone in hand. From about three feet away, I watched her stand, shoulders strong and leg shaking — not in fear, but with the ferocity of a 10,000 person protest raging inside her — as she delivered this speech:

“The Feminist Women’s Health Center is a black women-led, independent abortion provider. We’ve been providing abortion in Georgia for over 43 years, and we have no intention of stopping. I am not here to talk to Governor Kemp, I am not here to talk to legislators, I am here to talk to you. If this is your first protest, I welcome you into this fight. If this is not your first protest, I welcome you back into this fight. Because this fight has been going for decades, upon decades, upon decades, and we have decades to go. I need you to understand that this is not going to be a quick victory. This is not going to be a simple victory. We will beat them in court, and then we will have more fights behind that. I need you to get your stamina up. I need you to get your endurance up. Because we need you for the long-term… from now, till 2020, till 2024, till 2030. We need you in this fight for the long haul. I want you to understand that if abortion is what got you out of bed this morning, that is insufficient. Because these issues are larger than just abortion. I need you to be here because your freedom is bound to mine. I need you to be here, because if trans women are dying in the streets, then you’re not free! If black children are being shot by police, then you are not free! I want you to take care of each other. I want you to talk to people in your lives who don’t agree with you. I want you to get uncomfortable … ‘cause this fight ain’t gonna be comfortable. Hug your families. Bring joy into your lives. We can be angry, but we can also have pleasure. So feel good about today.” 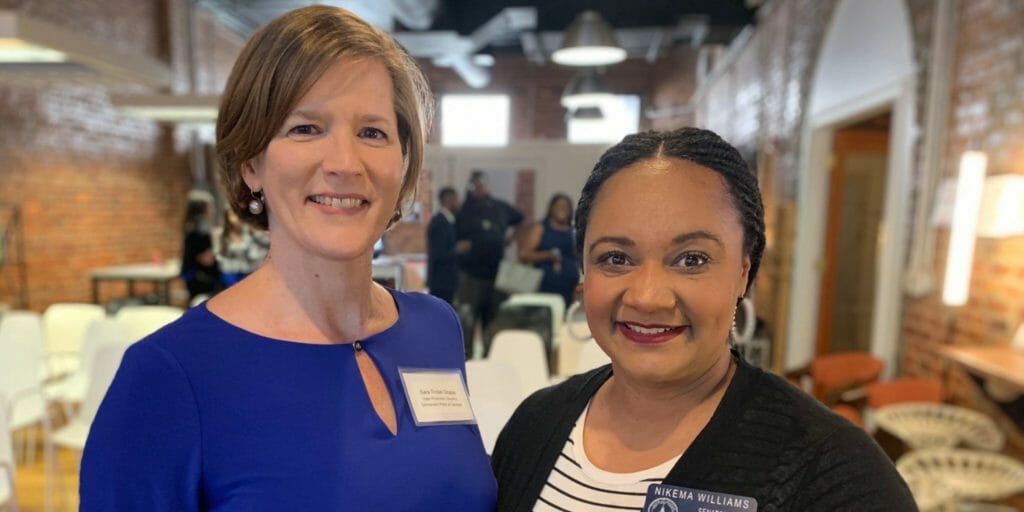