Updated, Jan. 31, 6:57 p.m. A previous version of this article described Intrenchment Creek Park, including the land at play in the Dekalb County/Blackhall studios land swap, as if it were part of the former grounds of the Old Atlanta Prison Farm. The article has been updated to reflect new information regarding the actual parameters of the Old Atlanta Prison Farm, which is in fact an adjacent property to Intrenchment Creek Park.

ATLANTA — Just about 10 minutes south of Little Five Points in Atlanta, there is a 136-acre plot of pristine public forest that is currently the center of land deal conversations within DeKalb County that have been widely hidden from the public. Located down Moreland past the Starlight Drive In and Hub Cap Daddy auto shop and off Constitution Road, the Southwest DeKalb neighborhood surrounding the forest has the feel of some small rural, distant town. Blackhall Movie Studios sits tucked behind a tall metal gate, and then, around a bend lies Intrenchment Creek Park (ICP), one of the largest metro Atlanta public forests. Not far down the park’s paved P.A.T.H. trail, one can slip into the quiet pine forest, taking neatly maintained trails that snake through the forest and into meadows. These eventually curve along the banks of Intrenchment Creek, a tributary of the South River, which has been the focal point of environmental advocacy in Atlanta for some time.

According to a 2018 proposed land swap deal between DeKalb County and Blackhall Studios, Blackhall would exchange a roughly 55-acre plot of land on Bouldercrest Road that they own with a slightly smaller county-owned plot of forest in ICP. Since most talks between DeKalb County and Blackhall have been conducted in private, it is not public knowledge as to when the deal might clear any legal hurdles. These hurdles include a fight by a local advocacy group Stop the Swap, who argue that since ICP was made a protected green space in 2004, selling it off would create a damaging legal precedent. The group is currently running a petition against the deal to be sent to DeKalb County CEO Michael Thurmond, the DeKalb County Board of Commissioners, and others.

Although Blackhall Studios hasn’t released final plans, it is likely that if the deal goes through, the ICP plot would be cleared and replaced with parking lots and possibly studio backlots. In exchange, DeKalb County would get the industrial land along Bouldercrest Road, which would be turned into a park with recreational fields. Opponents of the deal argue that while the sizes of the two plots in question are similar, the Intrenchment Creek land is an ecologically valuable forest on the banks of the important South River while the Blackhall Studio land — a former housing development site — is stripped almost entirely of vegetation.

Petersen, myself, and a photographer hiked the land in early August and were able to take a few photos of the Blackhall site before being shooed off. Petersen pointed out that the pale colors of the imported dirt on the Blackhall site are a sign that the soil is of low quality, and may even contain industrial waste.

The environmental justice implications for deals like the Blackhall-DeKalb land swap are extensive. In the last several decades, a dense deciduous forest has cropped up with pine trees filling in the space between the few trees that have been on the land since pre-Civil War days. This moss-speckled forest not only improves the air of the surrounding neighborhoods, but it sequesters carbon dioxide and is the home of countless species of flora and fauna. In my visits there, I have seen entire skeletons of deer and large birds along the riverbank that have been picked clean by, likely, coyotes, which are important apex predators and signs of the health and biodiversity of the land. I’ve also seen live deer, countless hawks, and other birds. The plot Blackhall wants is an important component of this large contiguous forest.

Most importantly, perhaps, the ICP land helps protect the already polluted South River from additional runoff. The South River feeds directly into Macon’s water supply, and the health of our rivers is crucial for the ecosystem’s balance. 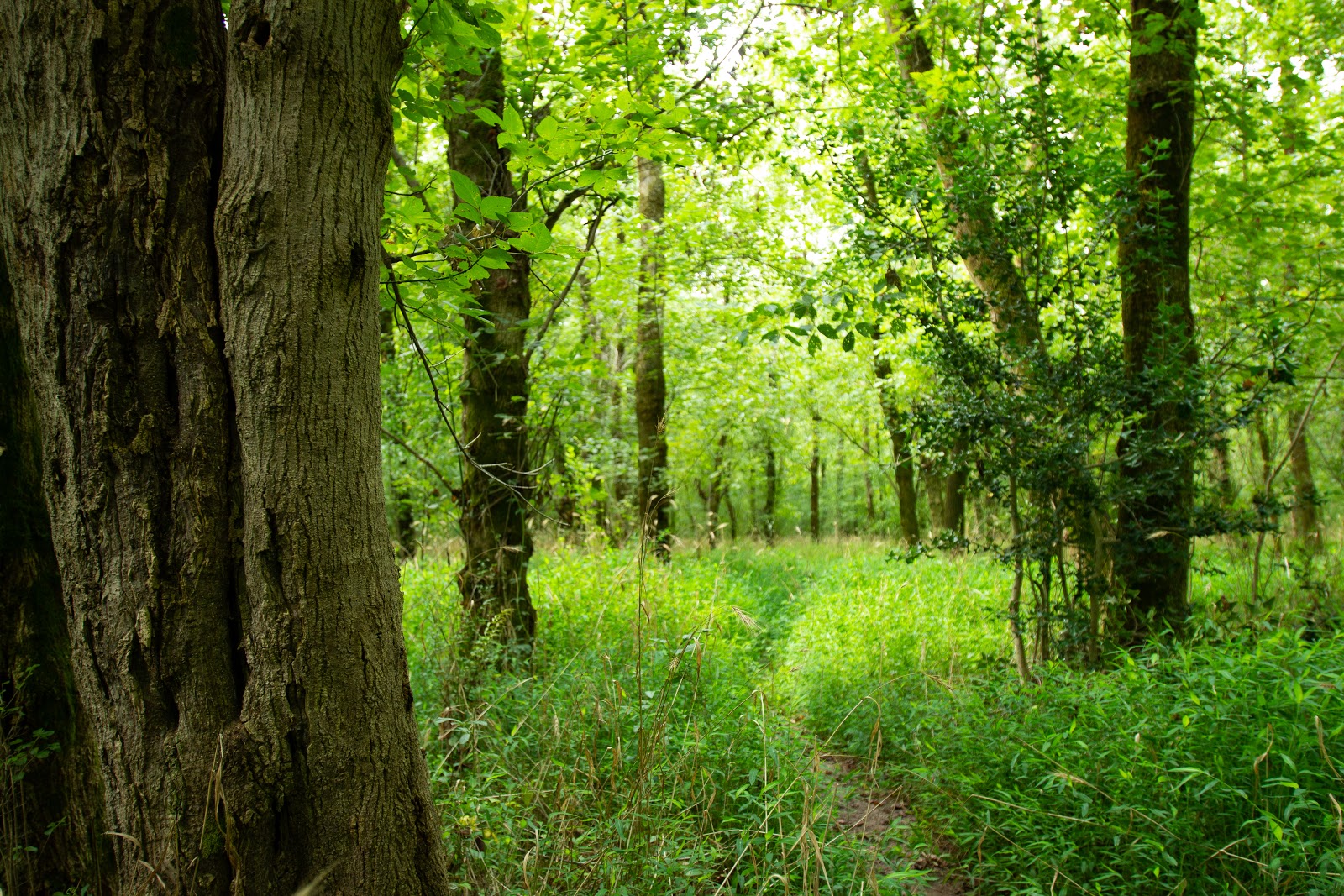 As of today, talks between DeKalb County and Blackhall Movie Studios are ongoing. The two entities have only met twice publicly. Once in May 2019, during which opposition was considerable, and again on Sept. 10, 2020, for which there was an online presentation that was countered by protests at the park. Save the Old Atlanta Prison Farm has called for the ousting of DeKalb County Commissioner Larry Johnson of the county’s third district, who the group says has been all too open to this deal while not being receptive enough to hearing feedback from the public.

Since the May 2019 meeting, Blackhall has engaged in a PR campaign with the surrounding Southwest DeKalb neighborhoods, spinning the idea that the swap would spur economic growth in the area, which would in turn increase the number of jobs available to residents. Despite presenting this angle, nothing tangible has been offered to back up that promise. The land swap, ultimately, appears to be a move of convenience for Blackhall, in that it would simply allow their plots of land to be closer together. They had already planned to develop on the Bouldercrest plot, a one-minute drive down the street, but eventually chose to go after the Intrenchment Creek plot instead, according to a detailed Aug. 2019 report by Curbed Atlanta. 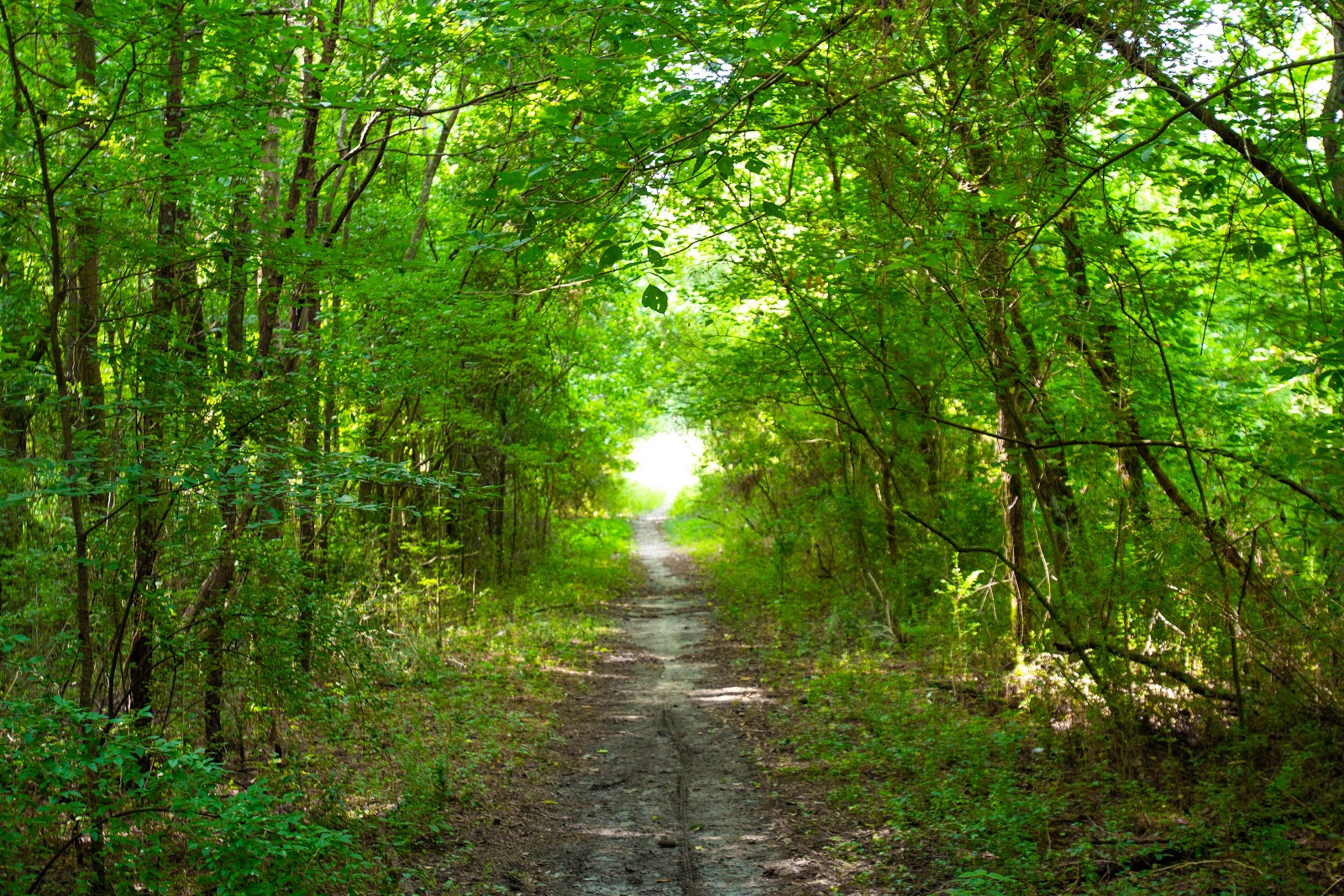 Meanwhile, DeKalb County’s motivation for the swap is less clear. We know it would allow them to turn the Blackhall plot into a park with soccer fields, but there are already soccer fields present in nearby Gresham Park. To sweeten the deal, Blackhall agreed to contribute money toward developing the new park, but it is likely that DeKalb County would still need to put in considerable investment of their own in order to transform the Blackhall land. And why they would do that at this moment, during a global pandemic, is hard to fathom, especially when the existing land is already part of one of the best parks in Metro Atlanta. 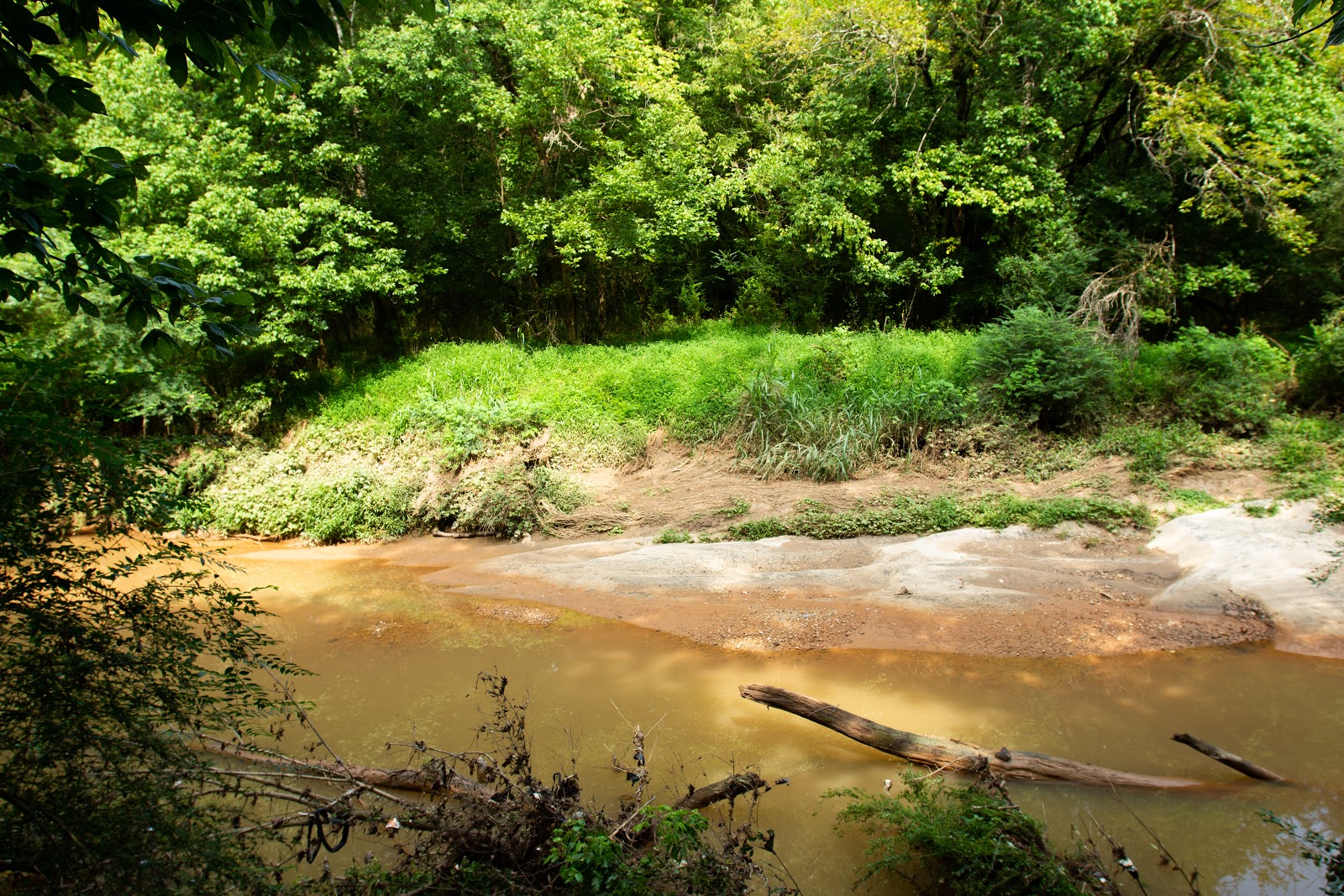 Other proposals for the park, including one by Atlanta Beltline visionary and urban designer Ryan Gravel and local environmental groups including the Nature Conservancy, envision a 3500-acre South River Forest park system that would connect Constitution Lake, ICP, and other areas. However, the South River Forest park proposal would be complicated by a Blackhall expansion into the park, and Gravel has been an outspoken advocate for Stop the Swap. In a bizarre move, pro-swappers have seemingly tried to confuse the issue by establishing a new campaign called the Great Park Connection, of which Blackhall’s Chairman and CEO Ryan Millsap is listed as a part of the team. Though this campaign sounds similar to the South River Forest park campaign in name, it couldn’t be more different. 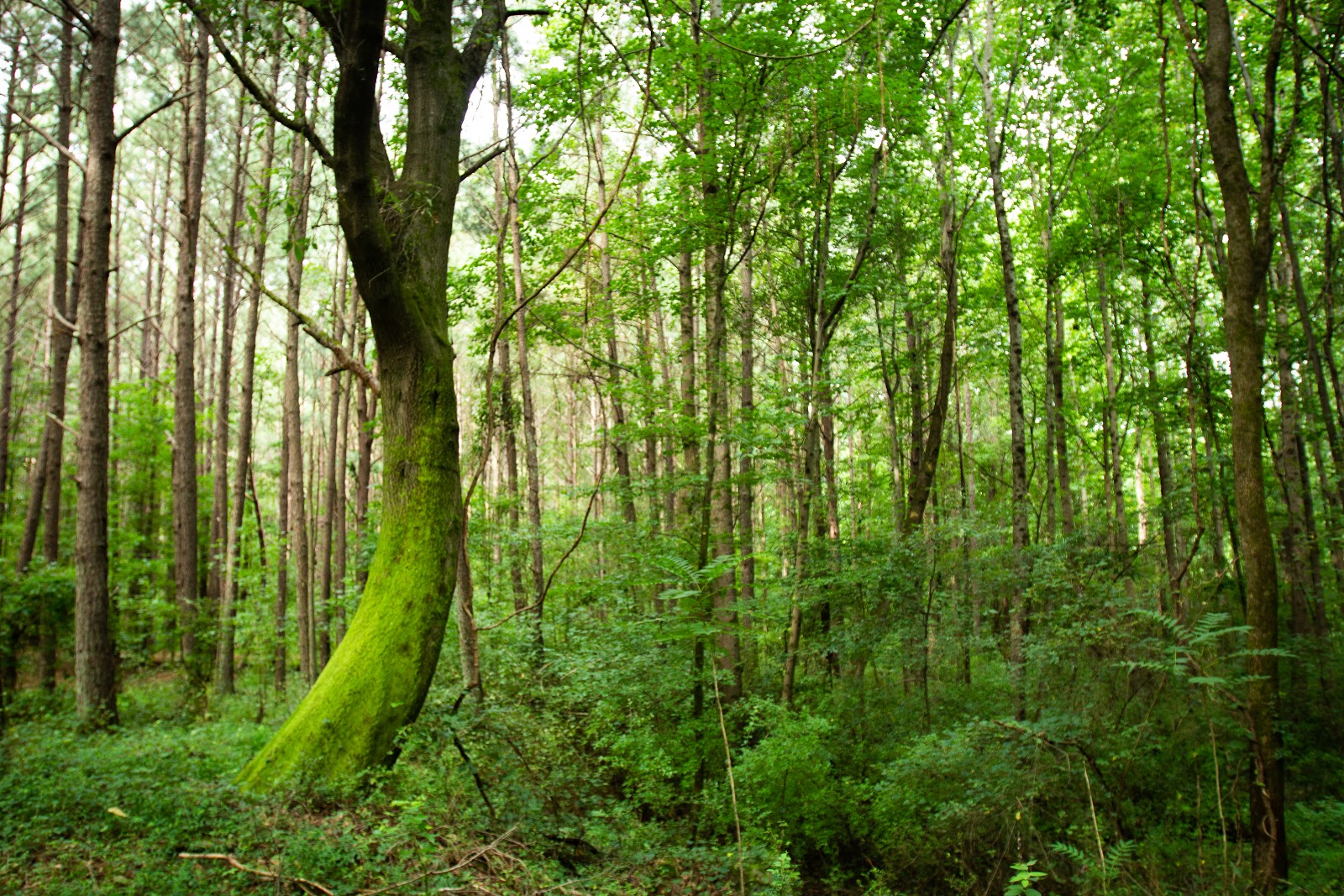 The Great Park Connection’s main arguments for the swap are that most of the trees on the land Blackhall wants are not that great (as in, not that old and there are plenty of similar trees in the area) and that the expansion will bring jobs. However, activists have told me that these jobs are not likely to be local, and without a community agreement, there is no guarantee it will benefit the community in any way whatsoever. Additionally, Blackhall\’s argument that their expansion will help spur development in the area is extremely vague and there\’s no proof that a few more movie studio backlots would create any kind of desirable development like restaurants, shops, or good affordable housing.

They also argue that establishing a park on the Bouldercrest side will create an environmental buffer between the Gresham Park neighborhood and industrial developments to the south, including the Blackhall development. Any environmental arguments they use, like that putting their land in DeKalb County’s hands would “protect” the few large trees remaining on their plot, hinge on huge assumptions: that Blackhall cannot avoid cutting down more trees on their land if it remained theirs and that they cannot of their own accord plant a forest that could connect Gresham to ICP. It takes a special kind of hypocrisy to try to argue that cutting down 40 acres of trees can be the environmental solution. 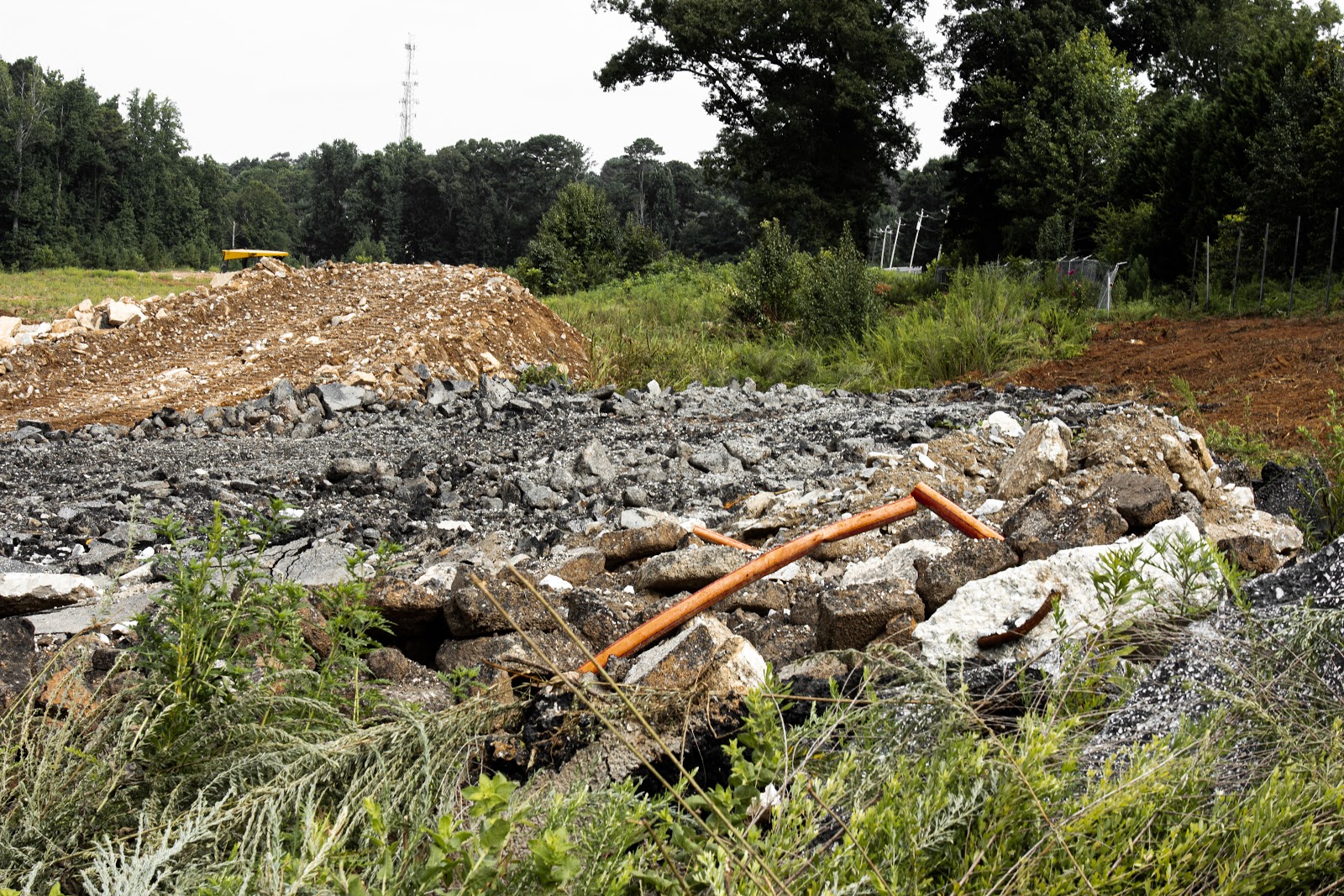 If left undisturbed, the ICP land could make up an important component of Atlanta’s largest public greenspace: the proposed South River Forest park system. That proposal is just the kind of thing cities need to be doing if we have any hope of fighting climate change. With so much controversy around this land deal over the last two years, an opportunity has been created in that people are paying attention. Usually development in Atlanta happens so quickly it seems impossible to stop and that is not the case here. Although, time remains of the essence, as the Stop the Swap-ers say the deal could go through any day.